Clarinetist Sam Boutris’ nuanced and genuine performances balance artistic originality with elegant interpretations that engage both audiences and critics alike. He regularly performs as a concerto soloist, recitalist and chamber musician, collaborating with an eminent array of renowned conductors and colleagues.

Boutris was the recipient of the ‘Musica Solis’ grand prize at the 2019 Chamber Music Northwest International Clarinet Competition and subsequently performed the Mozart Clarinet Concerto with the festival orchestra on two programs. Other recent concerto engagements include performances with the Vermont Mozart Festival Orchestra and the Yale Undergraduate Chamber Orchestra

Mr. Boutris habitually contrasts the standard clarinet literature with his own adaptations of violin, piano, and vocal repertoire, which he incorporates generously into his programs. 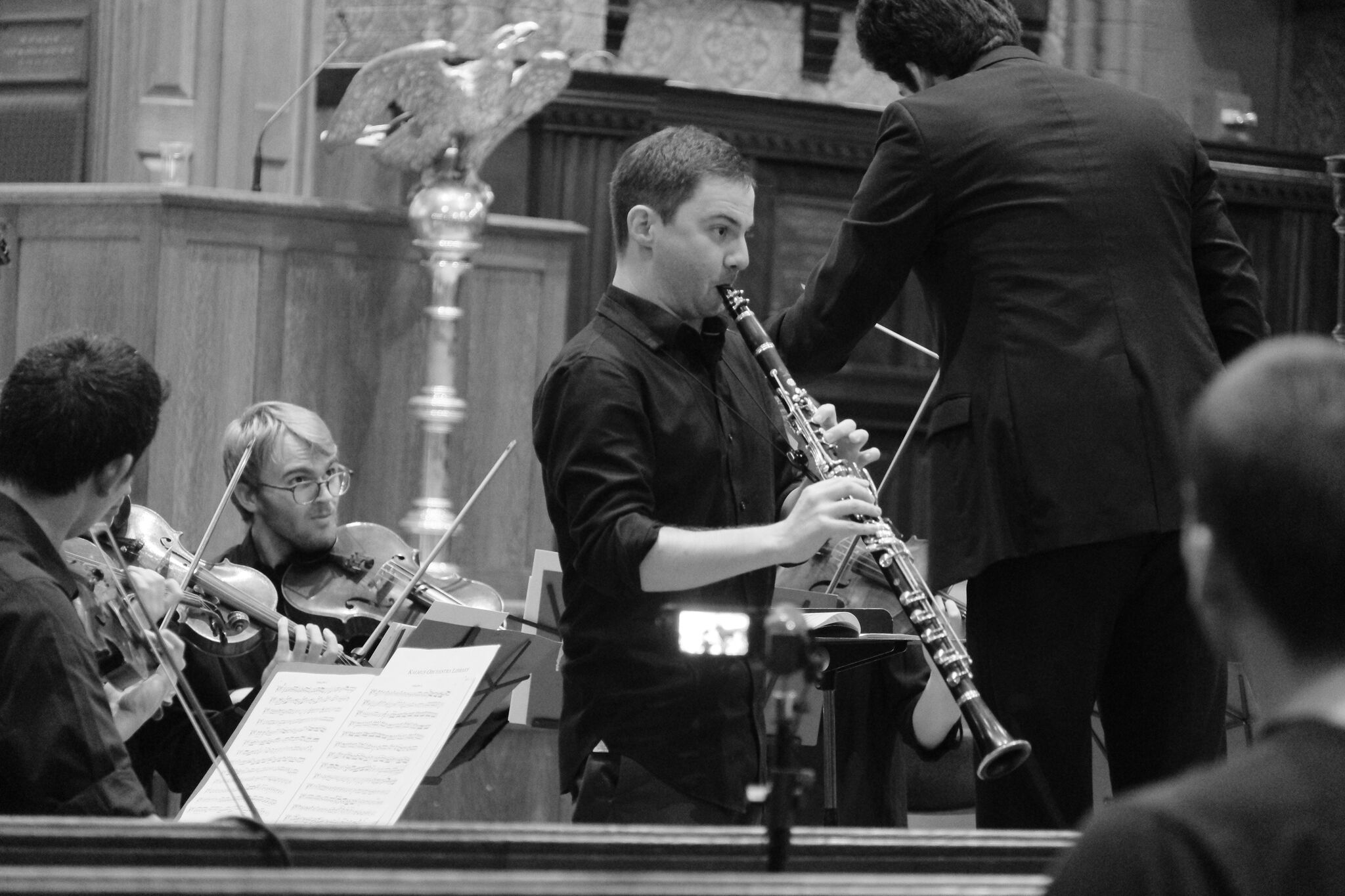 A native of Fort Worth, Texas, Boutris began his orchestral studies as a member of the Fort Worth Youth Symphony. Since then, Boutris has been a member of the Curtis Symphony and Yale Philharmonia and has performed many concerts in collaboration with musicians from America’s top orchestras, allowing him to engage with orchestral musicianship of the highest level. He has rehearsed and performed under the baton of many renowned conductors including Charles Dutoit, Yannick Nezet-Seguin, and Giancarlo Guerrero, among others. Boutris has made appearances as soloist with orchestras across the nation, and has also participated in a number of music festivals across the globe spanning from Dresden’s annual music festival to Carnegie Hall’s famed New York String Orchestra Seminar. Boutris has been a member of the Lake George Music Festival Symphony Orchestra since 2015. These collaborations and others have lent Boutris the opportunity to perform in close quarters with world-class artists including Joseph Silverstein, Roberto Diaz, and Noah Bendix-Balgley.

Starting in the fall of 2017, Boutris took a position in the prestigious Artist Diploma program at the Juilliard School in New York. He also holds degrees from Yale University and the Curtis Institute of Music.